New Ferrari California to have turbo? 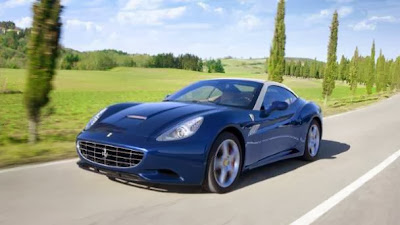 Ferrari's replacement for the California (above) will have the first of a new family of turbo engines. Well, Ferrari's CEO Amadeo Felisa didn't quite say this in so many words, but reading between the lines was easy.

I'd asked him about turbos in general. "Turbocharging and direct gasoline injection is the right way for performance without a payment in consumption. To get the same performance with naturally aspirated engines at the same consumption is difficult." OK, I ask, so turbo would be good for the next California?

"Today's California doesn't lack performance…" But then he adds. "To evolve performance as we have the past four or five years, turbo is a solution." Won't that mean losing the engine sound that's so critical to being a Ferrari, and the sharp throttle response? He shakes his head. "Wait and see."

I ask if this means using an additional electric motor. "LaFerrari was done to research hybrids. But it's not affordable on our normal cars. You don't need an electric motor to offset turbo lag. You can do it in another way."

So onward goes the relentless march of the turbo engine. Still, even for Ferrari, some things are sacred. "We will keep the V12 naturally aspirated," Felisa says.

He's also keen to stress that Ferrari will stay with aluminium bodies for the mainstream cars. That's partly because it has made a huge bet on manufacturing cars that way, but also because, he says, Ferrari's ever-evolving alloys are just as strong and light as the higher-volume carbonfibre techniques used by McLaren or BMW. "We can still reduce the weight of an aluminium chassis." Carbon wins, he says, only when you do it in specialised and labour-intensive ways as with the LaFerrari.

One thing that will change for the next California is the current car's primitive navigation system and poor connectness to the outside world. "Our customers have other cars. They say 'You're best at some technologies. But why are your [info and entertainment] systems not as good as on my Mercedes?' There are things that we want to be leader in. We don't need to be a leader in navigation. But we do want to be a fast follower."

One tech that Ferrari does unquestionably lead in is chassis control. It's likely the Side Slip Angle Control system, the thing that effectively coaches you in going sideways in the 458 Speciale, will go onto the California replacement. But Felisa says it's not easy to add to existing cars, because although it doesn't need a lot of extra hardware beyond the e-diff (which is already on the 458 and F12) it is a massive calibration exercise.

The new car is likely to be a looker, in the mould of the F12 and FF. Ferrari chairman Luca di Montezemolo explains why he gave more freedom to Ferrari's own studio, with head designer Flavio Manzoni. The LaFerrari isn't labelled as a Pininfarina design (though all the recent ones have had lots of input from the factory). "Do not underestimate design. We were with Pininfarina for years. But the father [Sergio] died and the son [Andrea] died. It was a risk for us to be with one supplier – maybe Pininfarina's colleagues would not be so good. So in parallel I now have my own design centre. We have done our first car not by Pininfarina."

The new California – no doubt it'll get a different name – launches in late 2014, because di Montezemolo says they will renew or significantly revise one of the mainstream models every year.

He also says, by the way, that there will never be a Ferrari SUV, not on his watch. "We have the FF. And we are limiting the number of cars we build, so why do an SUV? It's clear we have to maintain exclusivity. If we keep increasing, even in new markets, then we're injecting too many Ferraris into the world. If I did that, in four or five years we would pay a price."

Instead, profits keep rising because they're selling a higher proportion of expensive V12s than before, thanks to the FF. But mostly it's because of the immense amount of surrounding business – the shops, the licensed computer games, the classics and the owners' track activities like older-F1 car racing and the XX programmes. Maybe, he says, even another theme park.