James May on: old cars 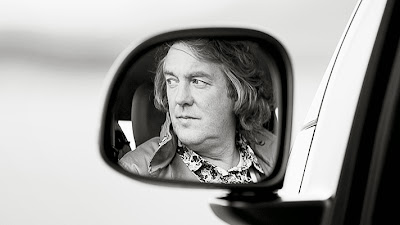 Now that I'm 50, I feel I can say this with some conviction. You young people don't know how lucky you are. Bah.

Look: my memory is not so fuddled that I've forgotten the frustrations of youth, the disbelief, the unspent passion and the things that, as Paul Weller observed, make tears of rage roll down your face. But I bet your car works.

I bet your car works even if you think it's a 10-year-old knocker. I bet, as well, the things that aren't working for you are the same that didn't work for me - the search for meaningful employment, your finances, your shower head, your chat-up lines. Your car works though, doesn't it?

Actually, I hadn't realised how lucky I was, either, until I started working on a three-part Top Gear documentary called Cars of the People. It's a sort of canter through the post-war quest to provide affordable motoring for the masses, and some of the wrong turns encountered on the way. So it features the Beetle, obviously, and the original Fiat 500, plus the Fiat 124, the Trabant, the Mini, some microcars, the Ford Cortina, pretty much everything you'd expect.

So far, none of them could be said to work. Not really.

I'll admit I was looking forward to all this. History is fascinating; it's like a lengthening shadow cast behind us, and by examining it, we can see what shape we're in now. But time diminishes the horrors of the past, whether it be war or how terrible the seats were in an early Renault 4.

Most notably, I'd forgotten the inhumane suffering that is the interior of a Sixties car on a sunny day. It was like being Alec Guinness, every day. I grew up in the Sixties and Seventies, a time when the summers were uniformly hot. Add to this the wholesale embrace of vinyl as upholstery (at least for the poor people) and our as yet unrepentant embrace of nylon as a suitable fabric for shirts and underpants, and it's a miracle we lived. I now recognise that this era must have been characterised not by its flared trousers, colourful furniture and psychedelic prog-rock album covers, but largely by BO.

Remember: back then no one had thought to sell water in a plastic bottle, and no one was concerned about dehydration. We weren't worried about dogs dying in hot cars, either, because we were too busy trying to stay alive ourselves. I've spent five cloudless days in Italy and France driving a selection of old Fiats, Renaults and Citroens, and I must have lost at least a stone in sweat. I didn't urinate for 48 hours, and when I did, it formed into a pyramid.

Good God, the past was awful, and especially if you were in a car. The first car I owned was a 1978 Vauxhall Cavalier 1600L. I don't know what ‘L' stood for, but I can't believe a lower-spec car ever turned a wheel. I know I've banged on about this before, but it had no clock, just a square of beige plastic covering up the hole where the clock would be if you occupied a higher stratum of society and needed to know the time.

Hang on - it did have a heated rear screen, and my mate Mesh's Reliant Regal didn't. Seriously, he didn't even have a full complement of wheels.

A Rolls-Royce or a Jag had air-conditioning. The rest of us were sun-dried like an Italian tomato for half the year and drove in coarse woollen scarves and hats during the other months.

We used to sing in the Vauxhall because the radio didn't work, and, in any case, the coat-hanger that served as an aerial had been nicked. There was no cassette player. Those of you under 20 probably don't know what a cassette player looks like. Neither did we, come to think of it.

When it rained, the windscreen wipers didn't work, you couldn't see, so you braked, and went into a hedge. That's if your car had started in the first place, because we had to deal with a problem called ‘damp' back then. In our houses as well.

Sorry. I don't mean to sound like an old fart. I've argued before that the car has never really made any big leaps forward, unlike aircraft and trains. But I might be wrong. In fact, it has progressed marvellously, and through essential details. Air-conditioning systems, fuel injection, electronic ignition, proper headlights, wipers that remain attached to the windscreen, ABS and interiors designed for normal humans rather than as a means to extract confessions from political prisoners.

The car. It was invented in 1886, but it didn't really come right until around 1995. I hope yours is no older than that.