The Great Banyan is a banyan tree (Ficus benghalensis) located in Acharya Jagadish Chandra Bose Indian Botanic Garden, Howrah, near Kolkata, India. It was the widest tree in the world in terms of the area of the canopy and is estimated to be about 200 to 250 years old. It became diseased after it was struck by lightning, so in 1925 the middle of the tree was excised to keep the remainder healthy; this has left it as a clonal colony, rather than a single tree. A 330 m long road was built around its circumference, but the tree continues to spread beyond it.
History and Description
The Great Banyan tree is over 250 years old and in spread it is the largest known in India, perhaps in Asia. There is no clear history of the tree, but it is mentioned in some travel books of the nineteenth century. It was damaged by two great cyclones in 1884 and 1886, when some of its main branches were broken and exposed to the attack of a hard fungus. With its large number of aerial roots, The Great Banyan looks more like a forest than an individual tree. The tree now lives without its main trunk, which decayed and was removed in 1925. The circumference of the original trunk was 1.7 m and from the ground was 15.7 m. The area occupied by the tree is about 14500 square metres (about 1.5 hectares or 4 acres). The present crown of the tree has a circumference of about 1 kilometre and the highest branch rises to about 25 m; it has at present 2880 aerial roots reaching down to the ground. 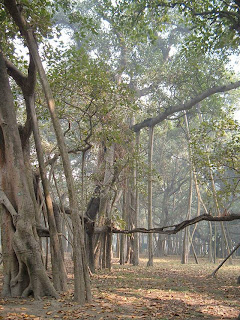 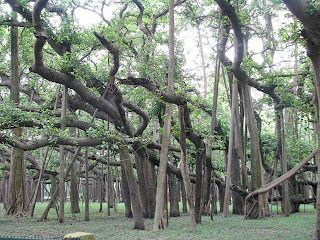 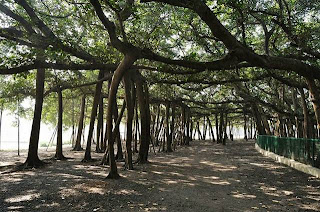 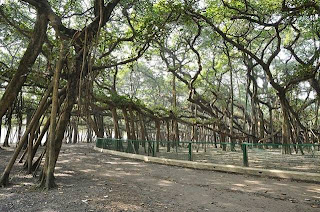 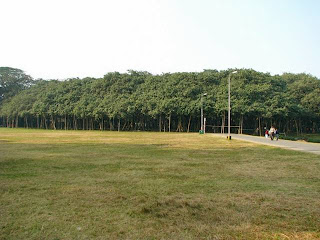 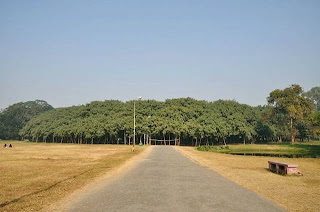 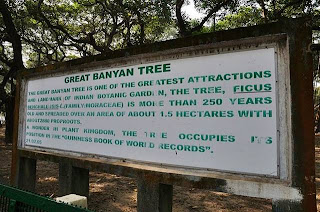 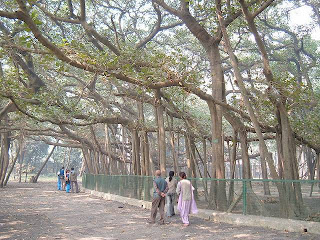