The small village of Juzcar, in Spainâ€™s Malaga region, has recently been painted blue as part of a global promotion for the Sony Pictures film â€œThe Smurfs 3Dâ€�.

Juzcar is a peaceful, traditional â€œpueblo blancoâ€� village, located in the Genel Valley region of Andalucia. It boasts a population of just 250, and yet Sony has selected it as the perfect location for the world premiere of its new film â€œThe Smurfs 3Dâ€�. Locals were delighted, especially since the news meant their small village would become a temporary tourist attraction, but their fame and fortune came at a price: Sony requested that the entire settlement, including its historic church be painted blue, to resemble the smurfsâ€™ fantasy village.

In preparation for the big premiere on June 16, 12 unemployed locals armed with various painting tools used 4,200 liters of paint to turn Juzcar into a real life Smurf village. There have been no complaints regarding the sudden transformation, and considering tourists have already begun arriving, the locals are more than happy with the change. Although Sony has agreed to turn the village to its former white glory, locals are now considering leaving the town as it is now, hoping Juzcar could become a permanent tourist spot. It sounds like Chefchaouen might have some serious competition. 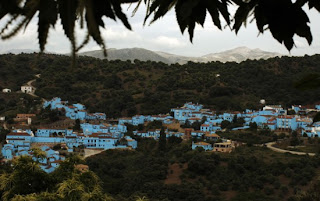 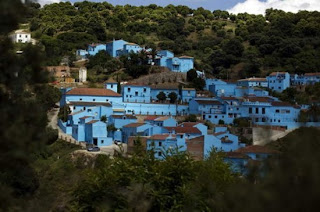 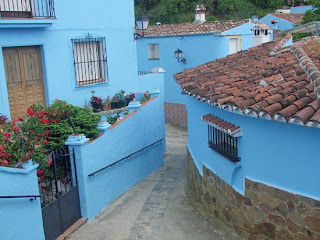 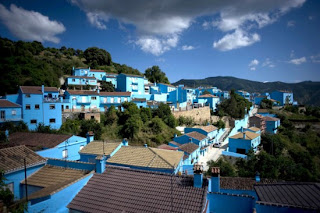