John Taylor is a self-taught artists who uses scrap wood, computer parts, hockey sticks and various other discarded materials to create unique replicas of famous sea vessels.
John has been fascinated with ships ever since he saw a photo of his great-grandfather standing on the deck of a vessel, during the Spanish-American War. He was only a child, but the obsession stuck with him throughout the years, and, as an adult, he began creating these unique models of ships he saw in old photos. Working from his garage in San Juan Capistrano, he turns buckets of junk (computers chips, nails, copper wire, lawn chairs, drift wood, staples and more) into imperfect interpretations of old sea vessels.
A landscape architect by trade, John Taylor will use any materials he can find that will give him the old, tattered results he aims for. â€œIf itâ€™s an exact replica, thereâ€™s no room for you to really wonder about it,â€ he says, trying to explain why he creates models that look like theyâ€™ve been fished from the bottom of the ocean, instead of making perfect replicas of the ships that inspire him.
The 3 to 5 feet long models are based on real boats, from Civil War river boats to World War II battle ships, John finds in old photographs.They are an authentic rendition of memory, rather than accurate historical replicas. 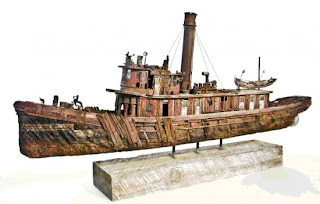 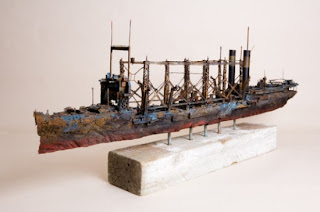 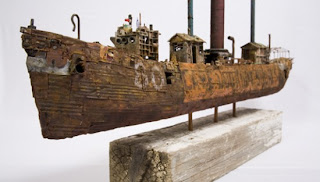 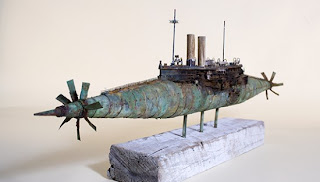 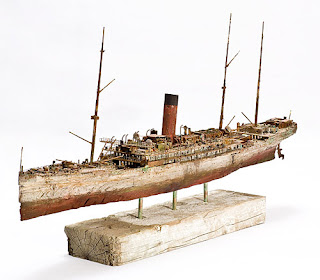 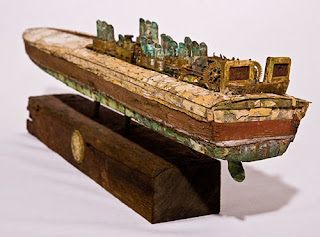 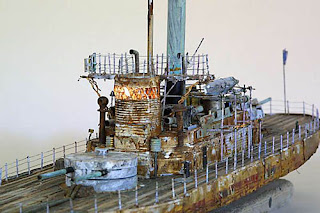 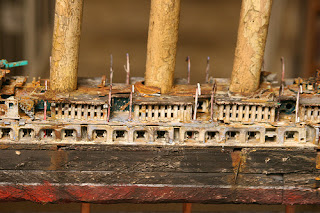 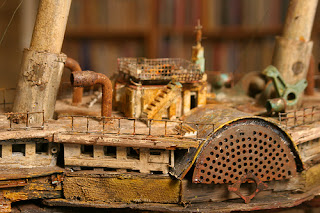 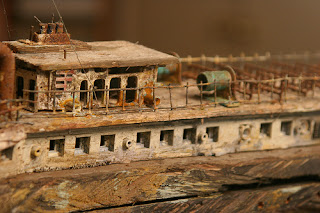 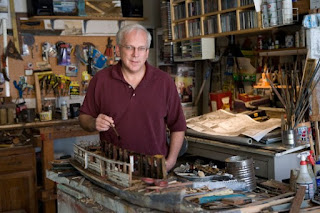